We are Hankyu Travel DMC JAPAN, Japan's leading travel agent. We were founded in 1948, just as international commercial air travel began to come into its own, and have grown along with the travel industry. And what do we have to offer when you visit Japan ? Simply the best in travel services based on :
- over 60 years experience
- our extensive facilities and information network
- our talented and efficient travel personnel 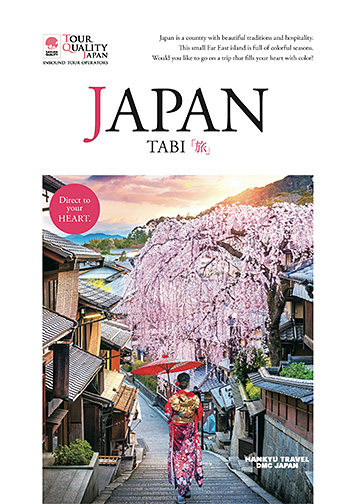 Japan is a country with beautiful traditions and hospitality. Take a look at our digital catalog and see the wonders of this country and everything we have to offer.